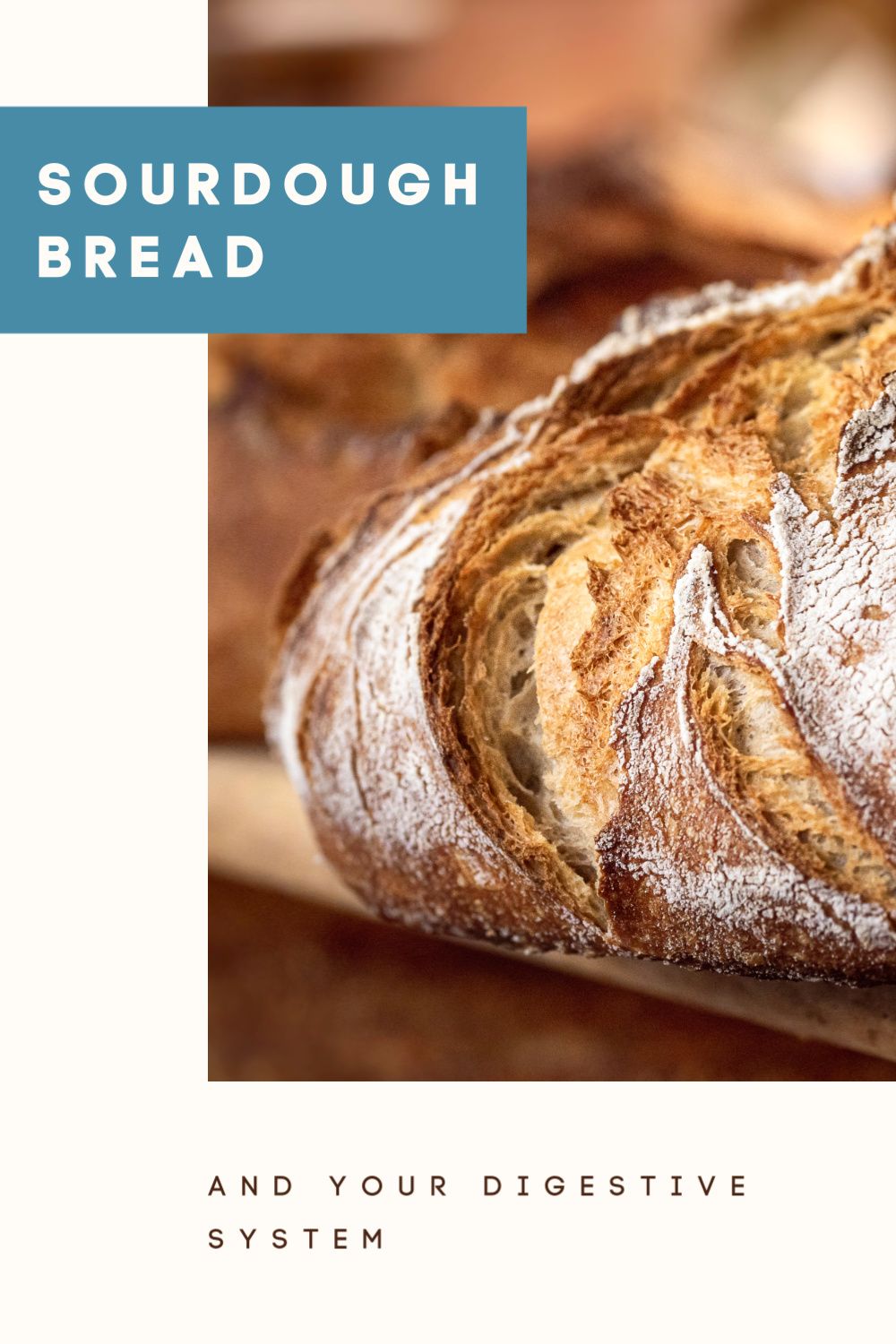 Here at Cocoa & Heart, our Sourdough Bread Baking Courses are amongst our most popular bread making workshops we run. People new to sourdough making and those enquiring about booking are naturally often keen to learn more about what makes sourdough bread so different to any other breads.

One of the questions we get regularly asked is whether sourdough bread really is healthier to eat and digest than other types of bread. And if so, why is this?

So today, after an extensive research, of course, I wanted to look at few reasons why sourdough bread is so special.

And I didn't want to do this research just for my students, but also for myself. I've always had problems with my digestive system and recently found out that I'm better off cutting out most of normal bread from my diet. Long fermentation sourdough bread is pretty much the only thing I would have as a bread.

How to start your own sourdough starter >>

What you need to start baking your own bread >>

So, in my case, soudough bread was definitelly easier to digest than a normal bread, but I would still have a small portions and probably no more than one slice a day. Everyone is different, so if you are not sure whether sourdough bread will work for you, give it a try for at least few days and see what you think.

Here are just a few reasons, why I think sourdough bread is much easier to digest than a normal bread.

Regular white bread, the sort we see stacked high in the supermarkets is made using industrial yeast. Sourdough bread, on the other hand, is made with a “sourdough starter”. This starter is basically a wild yeast formed from natural - good bacteria growing inside a paste made of flour and water.

These bacteria produce lactic and acetic acids which ferments the bread dough. They also give sourdough bread its characteristic sour tangy taste. For many people, this distinctive flavour which keeps well, is far superior to mass produced breads that stay humid and then turn mouldy overnight.

2.Sourdough bread has a better shelf life than normal bread

If it takes longer to make, for most people, it’s worth it because sourdough bread not only looks better, but it tastes better, is easier to digest and lasts longer. So, there’s no putting half the loaf in the bin at the end of the week when you find it has suddenly turned a mottled blue colour.

This is because, acetic acid, which inhibits the growth of mould, is produced in the making of sourdough. So, sourdough naturally preserves itself. This means that there’s no need to use the battery of preservatives included in the long list of ingredients that you see on mass produced loaf of bread.

3. Sourdough bread is easy on the digestive system

Most bread products (especially white bread and highly processed breads) are loaded with carbohydrates and the starches are quickly digested. This produces a high glycemic response, meaning that your blood sugar increases rapidly after eating.

However, the lactic acids in sourdough makes it more digestible than standard loaves as well as giving it a higher nutritional value.  The acids slow down the rate at which glucose is released into the blood-stream and lower the bread's glycemic index (GI), This means that there are no sudden rushes in insulin. This has the effect of making the gluten in flour more digestible and less likely to cause food intolerance.

4. Sourdough bread is a healthy option, when using traditional grains

If you’re after bread with a high nutritional content, try using a whole grain sourdough bread instead of one made from refined (white) flour. Rye bread made with whole grain rye flour, rye kernels, rye flakes or rye meal is a good choice. This is because rye flour doesn’t have enough gluten to react with yeast, a sourdough starter is often used to make the bread.

There are numerous health articles in the media advising us to either reduce or cut out eating bread completely. The reasons given are usually that bread is full of carbohydrates, makes you gain weight, and is bad for your health.

This may be impractical for most of us. Yes, there are alternatives, but sourdough bread health benefits make it an excellent and healthy bread choice. Don’t forget that sourdough bread has a low glycemic index and can help keep your blood sugar and insulin levels lower, helping to prevent insulin resistance and diabetes.

Sourdough improves the texture and palatability of whole-grain and fibre-rich products. Every starter gives its own unique flavour to the bread, from the wild yeast and bacteria that live in the starter.

The combination of bacteria and yeast working together to break down the starches in the grains makes sourdough bread easier to digest. As does the longer preparation time, which results in the protein gluten being broken down into amino acids.

But enough of the domestic science lesson.

Try the taste test and decide for yourself. Sourdough’s distinctive tangy flavour may leave you wanting another healthy bite. But because of its satisfying and nutritious content, you’ll probably end up eating less bread that you ate before.

And that’s the best bit of all to digest!

As ever I've enjoyed writing this blog post for you, so leave me a comment bellow or share the article with your friends, if they bug you about how unheathy bread is!