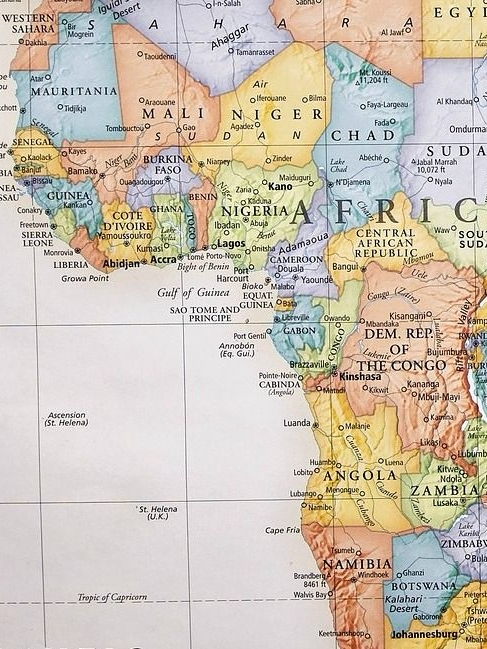 Chocolate is enjoyed throughout the world and the latest figures state that over 4.4 million tonnes of cocoa is produced each year.

However, chocolate itself, is made from cocoa beans which grow on cacao trees. These are only found in a narrow band either side of the Equator and require hot, and rainy humid conditions to bear fruit. Cacao trees were first cultivated in Central America around 1,500 BC, but today, four of the five top cocoa producing nations are in West Africa.

The top ten cocoa producing countries are spread out across four continents, but which nations produce the most cocoa? (Figures from the UN Food and Agriculture).

Competition from the more lucrative cocaine production has led to a decline in Peru’s output of cocoa beans which is now around 71,000 tonnes.

Disease has hit the production of cocoa beans in Mexico, which at 82,000 tonnes is almost half of the figure in the early 2000s. The growth of hybrid trees to counter frosty pod rot is hoped to prevent any further decline.

Widely considered by experts to produce cocoa beans most favoured by artisan makers, Ecuador’s cocoa production is around 128,000 tonnes.

Another country with a declining cocoa production industry, Brazil now imports more cocoa than it exports at 256,000 tonnes, but it still the largest producer in South America.

It’s time to move continents from the Americas to West Africa, where more cocoa is produced than any other region in the world. Cameroon’s production of 275,000 tonnes, is under threat from a crop of aging trees and a lack of new trees and sufficient land to start re-planting.

Production in Nigeria has risen to around 420,000 tonnes, due in part to increased demand, investment in technology and resources of land.

In South East Asia, Indonesia produces over 780,000 tonnes of cocoa – all the more remarkable when you consider that production only started on a large scale in the early 1980s.

Most of Ghana’s 830,000 tonnes of cocoa production comes from small holders who live and work on their own plantations.

Ivory Coast is responsible for producing around 30% of the world’s total supply of cocoa beans. That over half a million tonnes more than the next biggest producer, Ghana. Revenue from cocoa is reckoned to account for around 70% of the monies coming into the country’s coffers. With a ban on the sale of ivory, perhaps the country should be renamed – Chocolate Coast?

So that’s the rundown on the top ten cocoa producing countries. Why not try a bar of ‘origins’ chocolate from a single country and develop a taste for its unique flavour. Each chocolate bar will taste differently, because where the cacao plant has grown and how the cacao bean has been produced.

I love to know what your favourite one is, so do let me know in the comments below.

Where Does Chocolate Comes From? >>

How are Cocoa Beans Harvested? >>