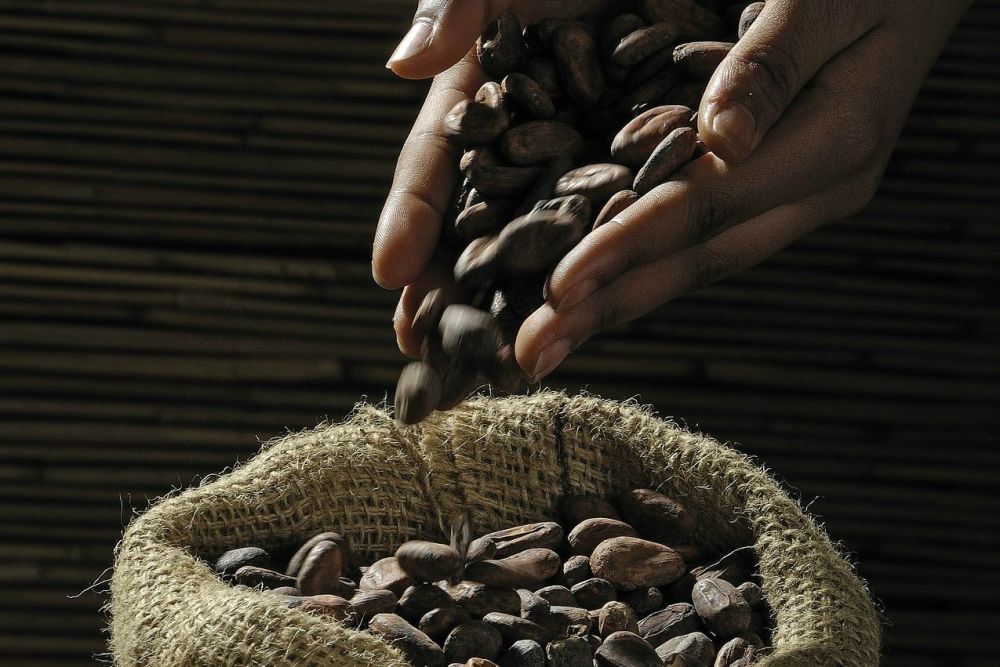 Here at Cocoa and Heart, we’re fascinated by all things chocolate. And chocolate itself and how it was first cultivated in Central America as a bitter drink and then brought over to Europe and gradually developed into a chocolate bar for eating, has a fascinating history all of its own. Here are some of the key dates in the History of Chocolate Timeline.

1,500 BC: The people of Central America begin to drink chocolate. The cacao tree may have been cultivated earlier than people first thought. Linguistic links to the words cacao and chocolate can be traced back to the Olmec peoples which pre-dates Maya and Atzec civilisation by several hundred years.

900 AD: Maya Civilisation: Pottery cups found in the tombs of Maya nobility contain symbols for cacoa and images for its preparation.

1500s: The Aztecs drink chocolate rather than eat it. The drink was made by mixing the roasted, ground cacao beans with water, flavouring it with herbs or spices (chilli was common) and then stimulating the mixture until foamy by pouring it from one vessel to another. The drink is bitter tasting and not sweet in any way.

1540s: An Aztec document containing a list of price equivalents designated the value of a tomato as one cacao bean, while an avocado was worth three, and a "good turkey hen" was worth 100 "full" or 120 "shrunken" cacao beans.

1500s: The Spanish bring chocolate back to mainland Spain. The Spanish find chocolate too dark and bitter and start to use cane sugar and vanilla and other lighter spices to as flavouring to give chocolate a sweeter taste.

1600s: Later chocolate drinking spreads to other parts of Europe.

1657: A chocolate house opens in England where you can buy a drink of chocolate. Diarist Samuel Pepys makes regular mention of visiting chocolate drinking houses.

1753:  Scientific Classification. The Swedish biologist, Carolus Linnaeus gives the botanical name Theobroma cacao to the chocolate tree. Theobroma, in Latin, means "food of the gods," while cacao refers to the native word for the plant.

1765 The first chocolate factory in America opens. Using an old grist mill, Dr Baker and Mr Hannon ground cacao beans into chocolate liquor and pressed the paste into cakes meant to be made into drinking chocolate. After Hannon was lost at sea on a cacao buying expedition, Baker’s family continued production until the firm was bought out by General Foods in 1927.

1795 Steam engines are used to grind cocoa beans making chocolate cheaper, as part of the Industrial Revolution and James Wyatt’s invention of the steam engine in 1765.

1828 The Invention of Dutch Cocoa. Inventions are made that will result in chocolate becoming a commodity to be eaten as well as drunk. Coenraad Van Houten develops a process for making chocolate powder by using hydraulic pressure to remove almost half of the cocoa butter from chocolate liquor.

1847 The first chocolate bar is made by Quaker Joseph Fry.

1854 Cadburys receives a Royal Warrant to be the sole purveyor of cocoa and chocolate to Queen Victoria. In 1866, Cadbury's sons, Richard and George, who had taken over the business, purchased a Van Houten machine for the factory and began to market their own cocoa powder.

1868: Cadbury markets the first box of chocolate candies in 1868; decorated and packaged in a sentimental Victorian style.

1875: Milk chocolate is invented by Henri Nestle, initially from a formula meant for babies for sweetened condensed milk .

1899: Queen Victoria sends every one of her soldiers fighting in the Boer War a chocolate bar

1908: Toblerone goes on sale developed by Jean Tobler, in its famous triangular shape after the Swiss Mountains where he lived.

1930’s: Ruth Wakefield invents chocolate chip cookies after running out of baking chocolate. Originally, the chopped up improvised Nestle chocolate bar was supposed to blend into the mixture, rather than standing out and being visible.

1930 Snickers and Freddo go on sale

1932 Mars Bar goes on sale. So does Terry's Chocolate Orange and All Gold.

1935 Aero and Kit Kat are introduced

1953: End of chocolate rationing in the UK – a full eight years after the end of the 2nd World War.

1980s onwards: Valrhona introduces the concept of the single origin chocolate bar, making their first with beans exclusively from South America. The 70% cacao bar is named Guanaja in honor of the island of Guanaja, off Honduras, where Christopher Columbus first tasted chocolate almost 500 years earlier. They call it a Grand Cru chocolate

2017: The average Briton ate 11.2kg (24.7lb) of chocolate - the equivalent of munching through 266 Mars bars. This accounted for almost a third of the European market. In total, its estimated that the UK consumed 661million kg of cocoa-based products last year.

Whatever the future holds for chocolate one thing is certain; the History of Chocolate timeline is sure to hold yet more fascinating facts.

HOW ARE COCOA BEANS HARVESTED? >>

WHERE DOES CHOCOLATE COME FROM ? >>