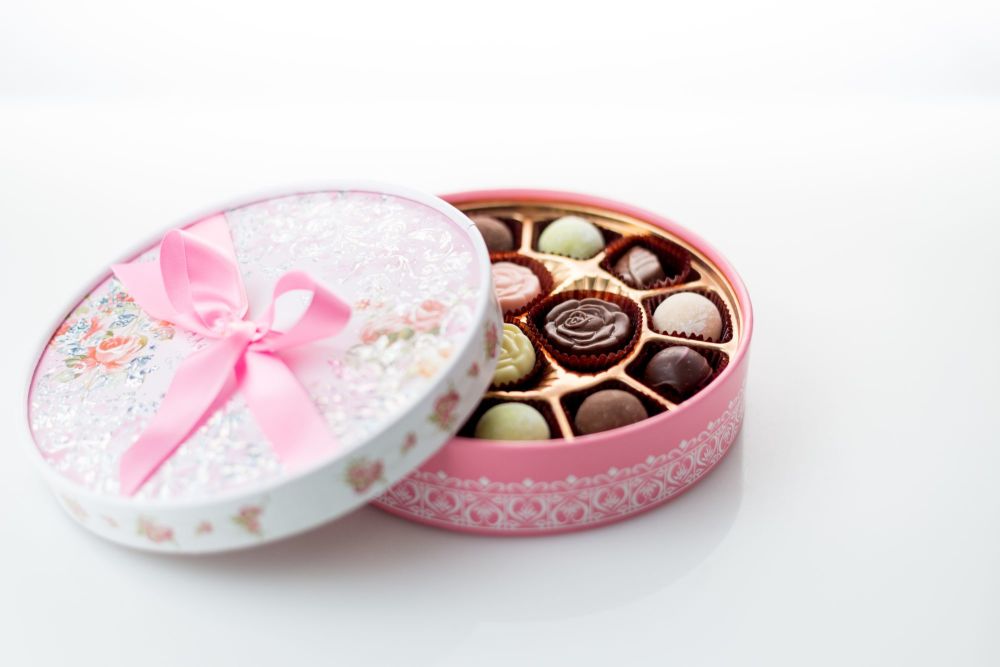 The background of Belgium Chocolate

Belgium is justly famous for its chocolate. It may be a small country but a whole array of beautifully decorated and immaculately finished chocolate truffles looms large in so many shops, particularly in Brussels and Bruges (Brugge). Sometimes, it doesn’t feel like there’s a chocolate quarter, so much as a whole district in itself, solely devoted to all things chocolate.

And no quarter is given or taken when it comes to perfecting the art of making gorgeous looking and tasting chocolate truffles. So, after a recent visit to the capital of chocolate, we wondered what is Belgium chocolate, why do we call it that and what makes it so special that makes so many of us want to come back for more?

Belgium’s first exposure to chocolate came in the 1600’s when, under Spanish rule, it’s middle class merchants began to taste chocolate brought back from south and central America. Later, from the late 1900’s, cocao was imported back to Belgium from Congo, its African colony.

What actually is Belgium chocolate?

The making of Belgium chocolate was first regulated in 1894 with strict rules laid down on the use of fats and other adulterated products and minimum percentages of cocoa solids being introduced. More recently EU standards state that refining, mixing and concheing must be carried out in Belgium. Belgium chocolate is finely ground with a structure of 15-18 microns. It’s also made from 100% cocoa butter, with a typically higher than average cocoa content and uses high quality cocoa beans.

The History of Belgium Pralines

And Belgium can claim to have been instrumental in pioneering a new process of chocolate production. In 1912, Jan Neuhaus, developed the chocolate ‘couverture’ for the cold outer shells of truffles which we use today. This started the fashion for Belgian pralines, as he called them, being filled with a variety of flavoured nougats or creams, such as coffee, hazelnut, fruit or more chocolate. It’s very different from American candy pralines with their sugary sweet taste.

Chocolate pralines are a type of filled chocolates. They have a thin, hard chocolate exterior that once bitten will crack open to reveal a soft filled interior of flavoured nut pastes or chocolate ganache.

A new, special type of chocolate deserves its own distinct packaging. And so Neuhaus also came up with the design for the chocolate Ballotin box, arguably the most famous chocolate box in the world. It’s rectangular in shape with gentle sloping sides from a smaller base to a larger top. The light box opens with top flaps and is held shut with a sticker or ribbon.  It is an easy to carry box, that’s been described as both elegant and functional. Next time you’re lucky enough to be offer a chocolate truffle pay a closer look at the box – chances are it’s based on a ballotin style.

Indeed, some people think that the way Belgium chocolate makers receive and store their chocolate couverture improves its flavour. That’s because the chocolate coverture is often delivered in specially heated temperature-controlled lorries soon after it’s been tempered. This means that it retains more of its original flavour and aromas than if it arrives cool and needs to be re-heated again.

Belgian chocolates such as truffles and molded pralines are presented in stylish characteristic shapes and noted for being filled with butter creams or ganache. The fillings are likely to be whipped to be lighter and airier in substance and taste. Which is often the sensation you feel just after you’ve tasted one!

And given its delicious taste and flavour, it’s no surprise that Cocoa & Heart uses Belgium Chocolate as well!

Belgian chocolatiers typically source their cocao from West African producing countries, such as Ghana and Ivory Coast. These are famed for their classic cocoa flavour and lends itself well to milk chocolate giving it a well-rounded comforting flavour with instant appeal.

So many chocolate shops to choose from!

Back to the little/big analogy which is particularly applicable to Belgium when it comes to chocolates, in general. Walking around the narrow streets, Belgium seems to specialise in many small, old fashioned shops, each preserving the traditional hand-crafted way of making chocolate truffles one by one.

And if the shop windows are to be believed, they all still use the same traditional chocolate making equipment!

And yet …the largest chocolate factory in the world is in Wieze, Belgium. Callebaut produces around 270,000 tonnes from bean to chocolate every year, making it virtually the largest supplier of chocolate in the world. Other well-known chocolate makers are Godiva, Leonidas, Cote D’Or, Galler and Neuhaus. Another highly regarded chocolate maker is Wittamer, who made the wedding cake for Philippe & Mathilde, who are now King & Queen of Belgium.

The first woman to achieve widespread recognition as a renowned chocolatier was Mary Delluc, who set up shop in Brussels in 1919. Her Mary Chocolaterie brand carries the prestigious and eagerly sought after Royal Warrant, awarded in 1942.

Indeed, Belgium high quality chocolate is in demand and exported all over the world. About two thirds of industrial and finished chocolate finds its way overseas.

Think about that when you’re gazing at seemingly endless rows of exquisitely decorated Belgium chocolate truffles and pralines; or better still tasting a range of unique combinations and exotic flavours.

Where to buy traditional Belgium chocolates?

Here is our favourite list of shops, where you can buy traditional Belgium chocolates. You can often find them in large towns and some even sell through major supermarkets. And of course, you can always buy online!

What is your favourite Belgium chocolate? Do let us know in the comments below, we do like a bit of a practical research and always happy to try a new chocolates!

Until next time - happy chocolate tasting!

'The very un-official head of chocolate research for Cocoa & Heart

MY OTHER BLOG POSTS ABOUT CHOCOLATE HISTORY

Where does chocolate come from? >>

How are cocoa beans harvested >>

What can be chocolate used for ? >> 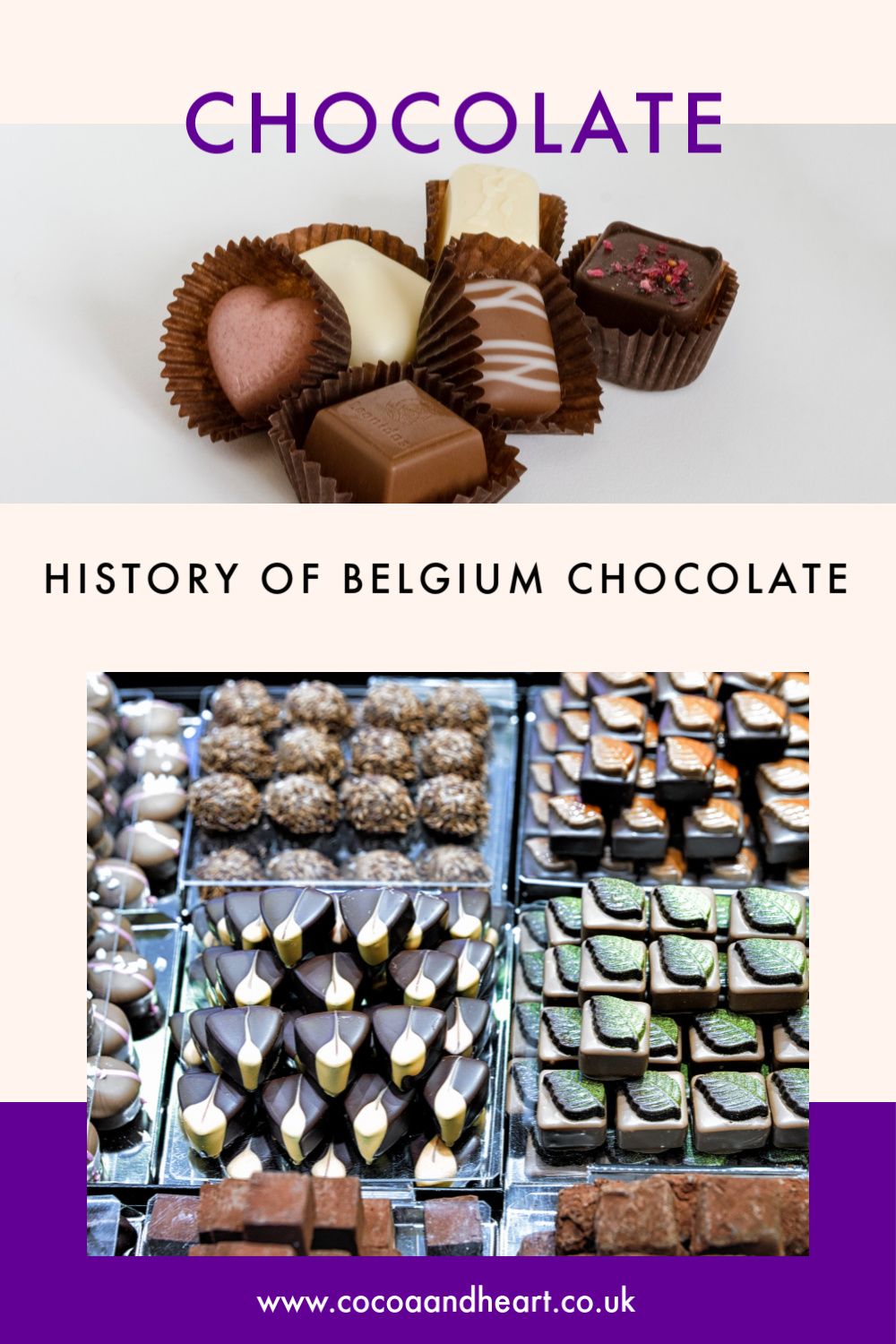