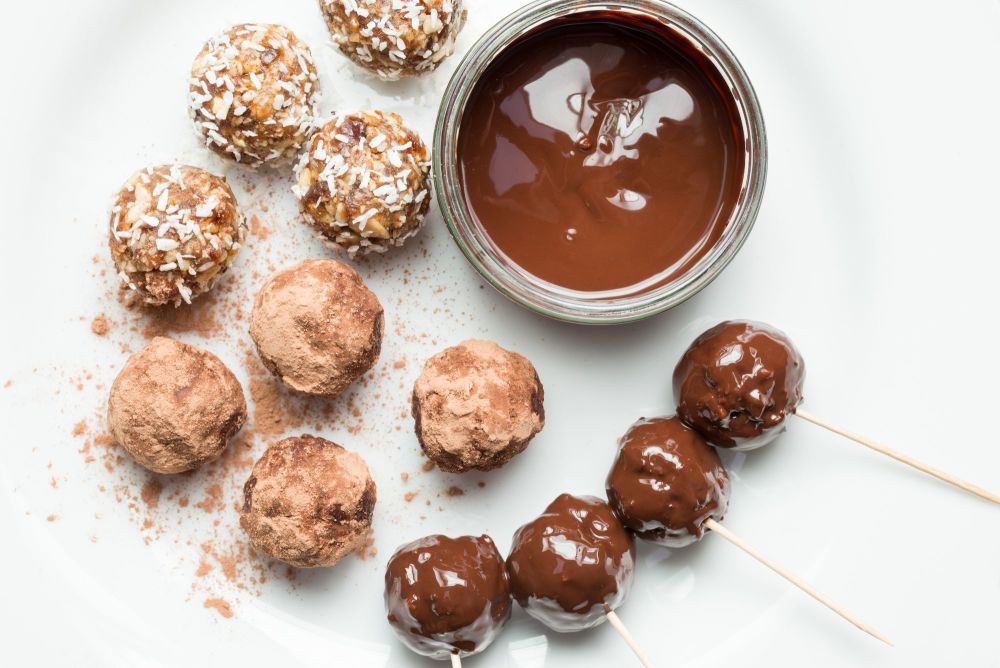 This is a question I often get asked by my students at my Chocolate Courses. It’s a fair question. Tempering chocolate is quite complicated process, and it can be very frustrating if you think you’ve tempered your chocolate enough and you end up with a bloomed chocolate bars. Don’t worry; I’ve been there too!

So, why melting your chocolate is simply not enough?

If you just melt your chocolate without tempering it properly, you’ll end up with a chocolate that will bloom (you’ll get white streaks and lines running across your chocolate, when it finally sets). It will also take a long time to set and it will melt very quickly when you touch it.

It’s not going to make a ‘snap’ when you break your chocolate bar and it will even taste slightly grainy. Saying that it’s perfectly safe to eat chocolate that hasn’t been tempered properly, but the look is not great, and the texture won’t be probably as smooth as if you temper your chocolate well.

Are there any instances when I don’t need to temper my chocolate?

For everything else…you do need to temper your chocolate if you want it to look like from an artisan chocolatier shop!

What happends when you temper chocolate

And now for the nitty gritty, why we actually need to temper chocolate and what happens when we do.

Generally speaking, the purpose of chocolate tempering is to make the structure of chocolate stronger and firmer, so that it can be moulded, shaped and withstands warmer temperatures.

Just think about that batch of fudge or caramel you made the other day that crystalised because you’ve stirred it when it was boiling. Well, with sugar crystals you can see the crystallisation really quickly and it’s obviously something you want to prevent when you make your fudge.

The same crystallisation process happens to the chocolate (the cocoa butter to be precise), but because the crystals are so small, you can’t really see them. In chocolate case, you want to create strong crystals, which then help the chocolate to have a nice strong structure, beautiful shine and a hard snap. Melted tempered and un-tempered chocolate looks unfortunately very similar, so you’ll just have to trust me on this one.

The process of chocolate tempering

But back to our cocoa butter crystals.

During chocolate tempering, the cocoa butter starts to take on a much stable form. This guarantees a perfect finished chocolate bar with a shiny gloss and a hard snap. Well crystalised cocoa butter also makes the chocolate contract during cooling, which helps with taking your chocolates from moulds.

So, this is the reason why you need to temper your chocolate.

I’m sure you have plenty of other questions about chocolate tempering, so feel free to write them down in the comments below.

WHAT TEMPERATURE DOES CHOCOLATE MELTING AT? >>