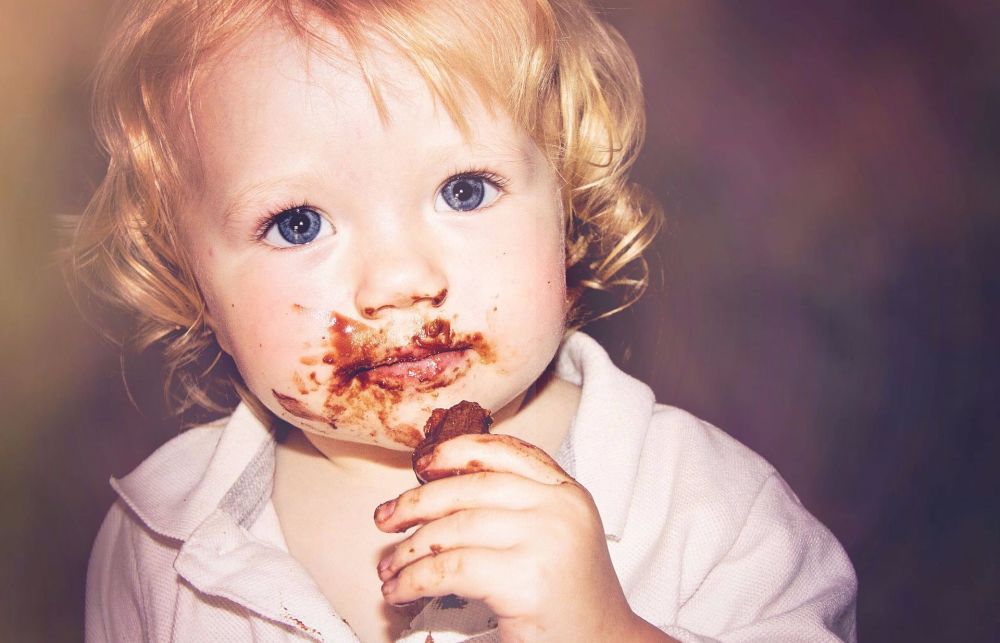 It isn’t just adults who are curious about chocolate. Chocolate facts for kids comes high up on our list of most asked questions, here at Cocoa and Heart. Most children have to be persuaded to taste dark chocolate because it tends to be more bitter – even though it is healthier. So children on the whole go for milk chocolate first and foremost.

And then they start to ask questions. Usually after the first bite (try telling them to melt the chocolate in their mouths to make it last longer!) and usually at the same time as chomping away at a mouthful of sticky chocolate!

So here are a few chocolate facts for kids and parents too, since you might be the one trying to explain where chocolate comes from.

White chocolate is a chocolate

For starters, you could take the hard line and say that white chocolate does not contain cocoa solids and so technically isn’t chocolate at all! We wish you luck trying to explain that one! So, intead of this, we usually say that because white chocolate has still cocoa butter, we can still count it as a 'chocolate'. I find that, that's much more acceptable for children (as it's usually their favourite type of chocolate!). If you want more scientifical answer you can find it on my blog here.

Instead, perhaps you could say that the reason chocolate melts on your tongue (if you let it stay there for long enough) is because it has the chocolate melting point is the same as a temperature of a human body (about 37C). That must be an in built biology lesson in the making? That must be a happy co-incidence and a wonderful marketing opportunity that’s not been lost throughout the ages.

At one time you could pay with chocolate instead of money

Worth its weight in gold? Well almost, the ancient Aztecs in Central America, where chocolate originated from – used the cacao seed as a form of currency. This is because it could be kept stored for long periods and was highly prized.

Chocolate bar was part of an army food ration

During the second world war, US troops had a bar of chocolate as part of their essential army rations. Go to work on an egg and go to war on a candy bar. Try telling them that if they start to fight over the last M&Ms? If you fancy knowing more about chocolate during the war head over to this blog post here.

Cocoa tree only grows close to the earth equator

But we’re getting ahead of ourselves. Chocolate comes from the cacao seed. Cacao trees only grow in temperate regions with plenty of sun and rainfall. So, we’re talking the Equator here. West Africa now produces the most chocolate with Ivory Coast being the world’s biggest producer. We've researched the top 10 chocolate producing countries on this blog here.

You need 400 cacao beans to make one chocolate bar

Numbers play a big part in chocolate facts for kids. It can take up to 400 cacao beans to make just one bar of chocolate. That's a lot of beans and lot of cacao pods. Each pod has about 60 seeds. I'm surprised that chocolate is as cheap as it is!

Cacao tree is quite a strange plant

Cacao trees can grow as for up to 200 years, but their cocoa beans are only harvested for the first 25 years of their life. In one year, a cacao tree produces around 2,000 pods.  And the pods grow straight from the trunk of the tree and not on overhanging branches, either.

The flowers of cacao tree are not fragrant and they don't attract naturaly any insect to polinate them. That is why these days, the cacao farmers go around all the cacao plant trees with a soft brushes and polinate all flowers by themselves. To make sure there is a good harvest, they need to make sure the pods have the best chances of growth.

There is no machinery, that was ever invented to harvest the cocoa pods - everything is done by hand

Because the cacao pods grow so close to the trunks of the tree plant, they have to be carefully removed by hand by the farmers workers. To this date, there hasn't been a machinery developed for cocoa pods harvesting that would do this instead of people. The seeds are picked and then harvested mostly by hand. So it’s hard work especially in such hot and humid conditions.

Chocolate is actually very healthy - the good quality chocolate that is

If your kids are still curious then there’s a chemistry lesson in understanding what makes up chocolate. This is because it contains a wide range of nutrients including vitamins such as Vitamin-B and minerals such as potassium, calcium and iron. It's safe to say, that a good quality dark chocolate can be really good for you!

Oh, but don't forget, that there’s a fair bit of fat and sugar in the average supermarket chocolate bar as well but you should already know that by now?

Chocolate was originally a drink, not a chocolate bar

If your kids are eating you out of chocolate, tell them that chocolate was drank long before it was ever eaten. Again, the Aztecs drank it with water and spices and it probably tasted very bitter and not like a cup of hot chocolate today.

The first bars of chocolate didn’t appear until the mid 19th century. Now they disappear at an alarming rate. It’s been calculated that the average Britain eats up to 3kg of chocolate a year.

Where does chocolate come from >> 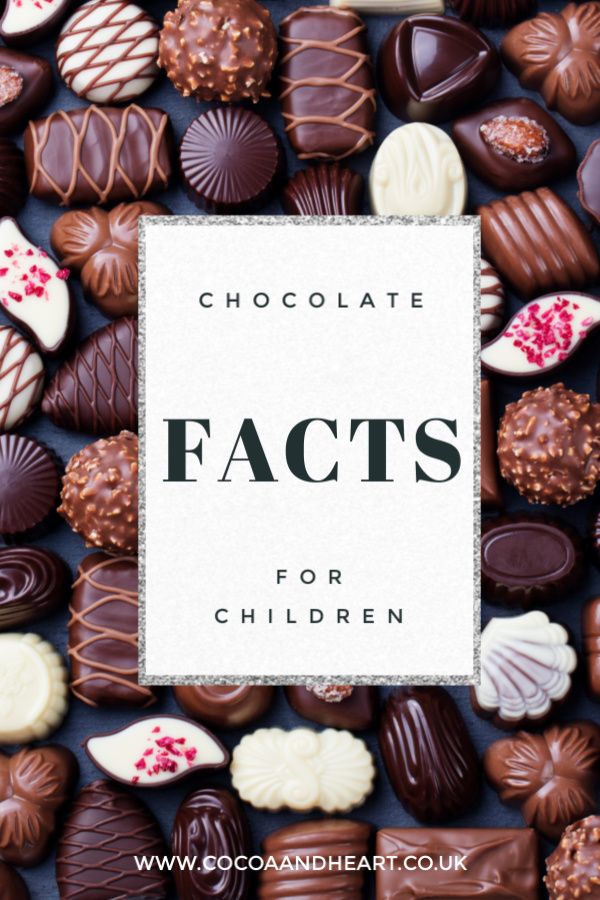