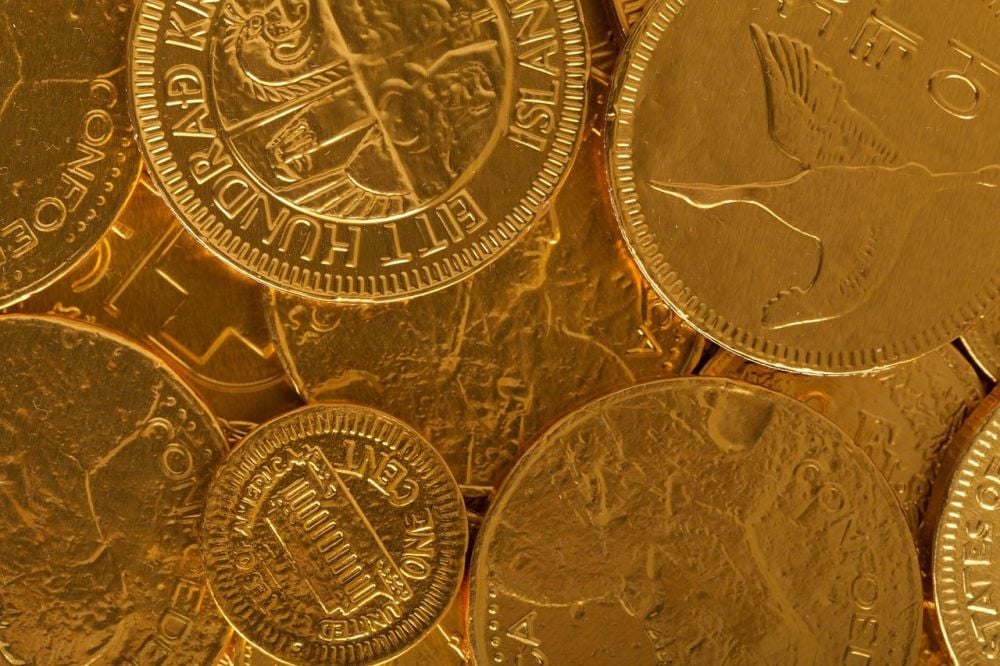 Giving Chocolate Coins for Christmas is a seasonal festive tradition. But what exactly is its origins and what form has it taken over the ages? As a child, I can remember receiving wrapped up shiny and glistening coins in my Christmas stocking. The temptation was always to bite them before unwrapping them. Big mistake!

Unwrapping the giant coins was always harder than it seemed as well. Maybe, my eager hands were all festive fingers and thumbs. Or perhaps, I tried to heed my Mum’s instructions to look after the wrapper. I doubt Mum’s entreaties to keep the nice shiny paper, had much effort on my as I picked away furiously at the silver foil paper to get to the milk chocolate inside. Either way, the coin itself was probably a sticky mess long before I actually got round to eating it.

But I’m getting ahead of myself. Just how did chocolate coins get to be given as presents at Christmas? It’s all probably wrapped up in the legend of St Nicholas himself which may date back to Turkey or Greece in the 5th century. St Nicholas is often portrayed as a Bishop who was especially kind to children. Being a shy figure, he would go around parishioners houses at Christmas and drop coins down the chimney or through windows and into the stockings of the little children inside. Either that or he didn’t want people to know where the largesse came from. And so, began the tradition of giving gifts and presents at Christmas. 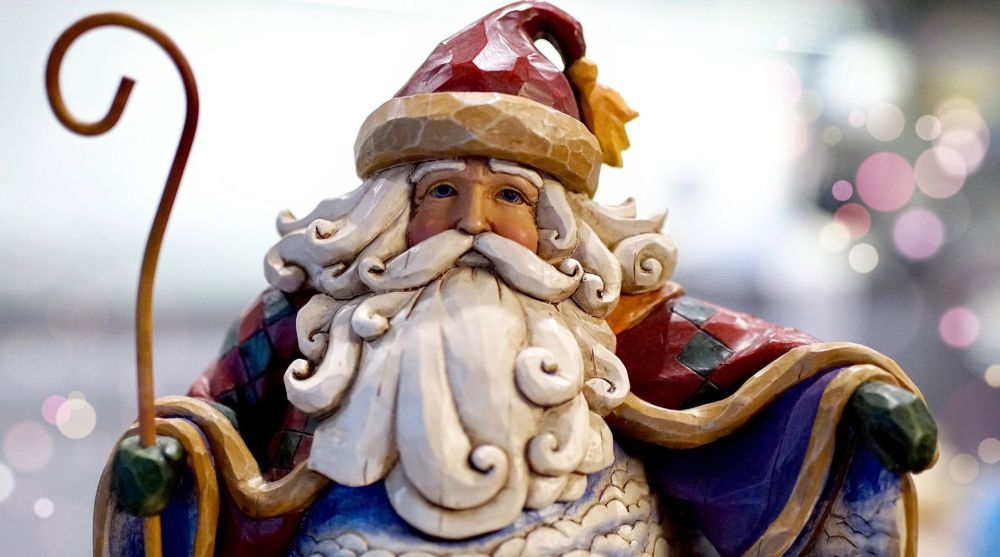 St Nicholas’s day is actually on 6 December so many parts of the world, celebrate it by giving little gifts, like chocolate coins in Christmas Stockings before the 25th December. In the Netherlands, St Nicholas is known as Sinterklaas and visits little children on the evening of 5th December. Other traditional gifts that you can find in your stocking include an orange and a lump of coal!

What is the significance of chocolate coins for hanukkah?

The Jewish festival of Hanukkah – a festival of light held in December, also features the giving of coins to children. Known as Hanukka gelt or geld (German/Dutch word for gold) it appears to have started as a tradition between school children and their teachers.

When were chocolate coins invented ?

That's tricky to say, but in the 1920’s US chocolate makers introduced chocolate wrapped in the shape of silver foil money pouch bags for Jewish immigrants to hand out in their communities at Christmas time.

A little bit earlier, in late Victorian Britain, farthing coins were used be wrap chocolate inside. Christmas trees were also traditionally decorated with chocolate coins although not placed too close to the fire, I hope. Coins would be either gold or silver in colour with milk chocolate being the usual filling inside.

How many calories are in a chocolate coin?

Ever wondered about this? If you are very health conscious, you might like to know. First of all the amount of calories, depends on the coin size. A bag of 400g milk chocolate probably has around 500 calories- so maybe that weighs in at  40 calories per coin. So, not a lot of calories in one chocolate coin, as long as you don't eat the whole bag in one setting!

In 2014, Cadbury’s shocked the chocolate world by announcing that it was stopping selling chocolate coins. Amongst the reasons given were that it was ‘fiddly’ wrapping the foil around the coin. ‘Fiddly’! I kid you not. That came in quotes from an official spokesman. Fiddly for me, trying as a kid to wrap them. But aren’t there machines for wrapping them all up? Or were Santa’s elves too wrapped up in Argos’ packing bay to help any more? Foiled again.

Another more plausible reason Cadburys gave was that without their purple but not trademarked wrapping, the coins were not so indistinguishable from the chocolate coins of other manufactures. Hang that on your Christmas tree and eat it.

Most supermarkets will sell their own Christmas coins – large or small – individually or in a bag. The foil imprint may even be a Christmas theme since it’s possible nowadays to print most images onto the wrapping. Look out for chocolate foxes, owls, unicorns and even llamas!

Indistinguishable or not, the history of giving chocolate coins at Christmas starts with St Nicholas and is now an important part of the festive season. After all, the ancient Mayans used cocao beans as a form of currency. So, if flattery is the sincerest form of imitation, then perhaps we’ve come full circle; because for some people, chocolate, like money, truly makes the world go round!

So, there you go a potted history of chocolate coins!

Films with a Chocolate Theme >>